ENVIRONMENT: HUNGARY AND ROMANIA ASKED TO ENSURE PROTECTION OF THEIR WILDLIFE HABITATS

Environment: Hungary and Romania asked to ensure protection of their wildlife habitats

Brussels, 31 May 2012 – The Commission has asked Hungary and Romania to step up the protection of habitats. Both countries have permitted activities or developments in environmentally sensitive areas without performing the appropriate impact assessments beforehand. On the recommendation of Environment Commissioner Janez Potočnik, the Commission is sending a reasoned opinion to Hungary and an additional reasoned opinion to Romania, asking them to correctly implement the relevant habitats protection legislation. If Hungary and Romania fail to comply within two months the Commission may refer their case to the EU Court of Justice.

The 1992 Habitats Directive forms a cornerstone of Europe’s nature conservation policy. It is built around two pillars: the Natura 2000 network of protected sites and the strict system of species protection. Each EU Member State has designated Natura 2000 sites to help conserve the rare habitats and species present in their territory.

In Hungary, a complaint was made that inappropriate logging (clear-cutting) took place in the ‘Sár-éger’ forest – an integral part of the ‘Csaholc-Garbolc’ Natura 2000 site – resulting in a significant loss of priority habitat. After communication with the Hungarian authorities, the Commission concluded that the Hungarian authorities had neither carried out an appropriate impact assessment before the logging operation, nor taken sufficient compensatory measures to offset the incurred damage.

Romanian national authorities failed to make a thorough and comprehensive impact assessment for a 2009 beach development approved in Sulina on the Black Sea. The Commission sent Romania a letter of formal notice in May 2010. Romania’s reply did not cover all of the Commission’s concerns and the letter was followed by a first reasoned opinion in January 2011. Further clarifications are now needed regarding the applicable procedure as well as contradictory elements in documentation Romania submitted – in particular the final version of their impact study and the negative impact of the development on the relevant habitats.

The Habitats Directive protects over 1000 animals and plant species and over 200 “habitat types” such as special types of forests, meadows, and wetlands, which are of European importance. Over 25,000 sites are included in the Natura 2000 network, covering a substantial area: almost a fifth of Europe’s land area and an important part of the surrounding seas. Some are located in remote areas but most form an integral part of our countryside and contain a range of different habitats, buffer zones and other elements of the landscape.

For current statistics on infringements in general see:

About the Habitats Directive: 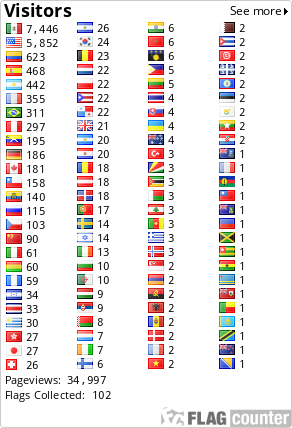